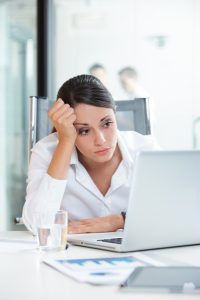 The Director of a small manufacturing company received a letter from an employee Sandy, complaining about her colleague Desmond. Her complaint was of sexual harassment, however did not included any details of what’s gone on. How do you deal with this?

Complaints of bullying and harassment are always difficult to address and more so when you work in a small business environment where people will inevitably talk about these things. Nonetheless, in order to protect our clients such complaints are dealt with promptly and fairly.

In the first instance, we asked Sandy whether she would like to raise the matter as a formal grievance or whether she would like us to deal with the matter informally, and provided her with a copy of the Company’s Grievance Procedure. Sandy decided to deal with the matter formally, we then asked her to put the grievance in writing by giving much detail as possible of the incident. We then invited Sandy to a meeting to discuss her concerns giving her the right to be accompanied.

Once we had heard Sandy’s grievance, we then proceeded to investigate the allegations to see if anyone else has witnessed anything or if there is any evidence to either support or rebut the employees complaint.

We found reasonable evidence of unacceptable behaviour by a Desmond against Sandy, mostly via company mobile text/messaging services. It seemed like the communications between Sandy and Desmond started as fun but got beyond acceptable behaviour. We then took affirmative action against Desmond, with a written warning.

Once we had dealt with all the formal issues, we then advised the Director to manage the situation sensitively with Sandy but relay the conduct we expect from both employees moving forward in using company mobile phones. Finally we had a meeting with both employees to clear the air so that the atmosphere in work was not adversely affected and explained that we had listened to what they have both had to say, but the matter is now resolved and they must therefore work together professionally.